This section contains old announcements which are no longer deemed 'relevant'.
33 posts

Please welcome our newest moderator, capnnerefir, to the staff. He is here primarily to help shoulder the load left by some of our currently inactive moderators and administrators.

If you experience any problems, please do not hesitate to PM or email me.

Congrats
You all have guns
And you never put the safety on
And you all have plans,
To take it

Neato. Congrats on the promotion. I'd be shaking up some champagne, but it would get my computer wet.. 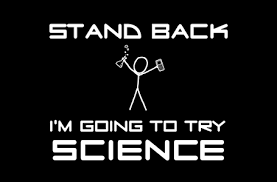 Ha Ha Ha! My evil plan to take over AFF is coming to fruition!
Wait, did I say that out loud?

Seriously, thanks. should I make a speech or just some more jokes? Or both?
Top

)
You all have guns
And you never put the safety on
And you all have plans,
To take it

Elfangor wrote:yes make a speech (snoopy was meant to do one when he became a mod but he never did

Be careful what you wish for. Okay, here goes:

My fellow Animorph fans. I am one of the blessed few who has been with the series since its genesis. I still vividly recall the day I cracked the spine of The Invasion mere days after its publication here in the United States of America. On that day, in that single moment, my life was changed forever. I was set on a path from which there could be no turning back. It became an addiction of mine. There were times when all I did was wait for the chance to read another book.
For years, it was beautiful. The books were published in abundance. Bookstores and schools carried them in surplus. I could count on a new book reaching me every month. I changed and grew with the Animorphs themselves. I shared their good times and their bad. I celebrated when they destroyed the Kandrona; I cried with them (inside, since I don't remember every crying externally) during the hardships. It was truly a beautiful time.
But then the Famine came. I blame the television show. Stores suddenly had less and less books. They became increasingly more difficult to find. Ghostwriters took over the series; a change that I noticed even at my tender age. The books became harder and harder to find until, in that final, dark hour, punctuated by
Spoiler:
Rachel's death
and the end of the series, I could find them no more.
I moved on with my life. I read other books, other great masterpieces. I came to know and love other characters even as much as I loved the Animorphs. I was even able to see the series in a way that I never could as a small child. At least twice a year, I would read back through all the books I owned; even now, if someone reads me a few lines from one of those books, I can tell you exactly what was going on and what book it was. Still, there was always that nagging feeling, that sense of dissatisfaction that I had never read the entire series.
And then, on one glorious day, I found a forum that would offer me eBooks for free. All I had to do was make 5 posts on their site. I made my posts and at last filled that hole in my memory. But the people and the conversations I found on that forum kept me returning for more.
Now, I stand before you, clad in the green of a Global Moderator. it is my solemn duty to preserve the integrity of this site and to make sure that all who wish to return, as I did, to the Animorphs fold are welcomed properly and treated as the long lost friends they are, bound to us all through their love (or at least like) of the series. I accept this duty without hesitation or regret. I only hope that I can live up to the standards set by my predecessors.

How was that? I think it was pretty good for coming off the top of my head. I even turned on the tears for you.
Top

But really congrats.
THIS. IS. PANZERFREEMAN! *kicks into pit*
Top


hey can you make my name pink?
You all have guns
And you never put the safety on
And you all have plans,
To take it

Elfangor wrote:hey can you make my name pink?

Uh...I don't think so. I don't think I have the authority or the physical capabilities to do it. Ask Snoopy or Ellimist.
Top

Elfangor wrote:hey can you make my name pink?

Uh...I don't think so. I don't think I have the authority or the physical capabilities to do it. Ask Snoopy or Ellimist.

um BTW in you fic you have The pen is mightier than the sword and consedirible easyer to write with
well the person who has that on their sig it TheChee
You all have guns
And you never put the safety on
And you all have plans,
To take it