All Animorphs downloads(including e-books) should be posted here.
Please see this to access this section
Forum rules
Please read the forum rules carefully before you post.

If you like AnimorphsFanForum.com, please consider making a donation. Any donation will go towards the cost of the hosting, the domain and any other running costs.

Thanks Amauril! I took your version of book 40. I've been desperately trying to find readable epub or mobi files of Books 34, 38-43, 45, 51-54, & Megamorphs 4 for my Kindle. Seems a lot of people have worked on the beginning books of the series but not so much the end.
Top

You're welcome, Sera! I'll get to the later books, I promise. I'm doing them in order because I actually have to read them to fix them, and it's a shame to break up the story. 40 was sort of a fluke due to its formatting (had to see if I could fix it!) and I will probably upload a revision when I get to it again, so keep an eye out.

(Edit 2/24 11:00pm) Welcome, Kgray, to the ebook project! They'll be providing proofreading with their personal copies of the series, and have already started with books 1 and 2! In related news, the first draft of Animorphs #23 - The Pretender is complete. There were some chapter headings, but probably not as many as there should have been. I like to sort and tidy things, so here's an update for both stages of editing!

(Edit 2/27 3:15am) Added #24 - The Suspicion. So crazy! There is an additional font face that is completely missing, I'm relying on Kgray to fix that for me. Also, there probably aren't enough chapters, I only added them when there were log entries. Trying not to spoil anything for anyone who hasn't read that one. D:

KGray's proofread books, from another thread:
01 - The Invasion
02 - The Visitor

Today I grabbed #23 from my stack of books and fixed the chapter headings, so here it is. I haven't read through it so if there's any typos please let me know and I'll get them fixed.

Looking at the copy I provided, I didn't realize I'd duplicated so many chapter headings. It was late, I guess. Sorry about that. Alloran24, your copy is great, and thank you for putting the chapters where they're supposed to go, but you stopped at 15 (or otherwise had technical difficulties.) The rest of the book is missing.
Top

Figures I would screw something up - when I explode the book from Calibre all the files are there, but when I rebuild the book it is only 15 chapters (maybe since it was originally split into only 15 chapters?) Do I need to create a new book with the html files or is there a way for it to recognize that there's 16 more html files to read? I have only used Calibre for a few days so any help would be appreciated.
Top 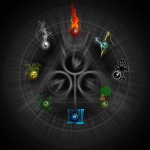 Here you go, I added the, missing files to the content.opf file so that they are viewable, and added them to the table of contents.
You do not have the required permissions to view the files attached to this post.
Top

Hum. Sigil never even saw those files (or I didn't know where to look for them, equally likely.) Will have to poke you about that later. Thanks!
Top

Sigil can't see them because it reads the content.opf file to determine which html files to load. So what i did was open the epub in sigil, unzip the epub, right click the content.opf file hit "Add Existing Files", then select the missing html files from the unzipped epub. Finally i ran the automatic TOC creator to update it. Relatively simple.
Top

Ok, Here's #24, with the correct chapter breaks. I also made the few instances of small type, well, small.
You do not have the required permissions to view the files attached to this post.
Top

Here's #25, The Extreme. I didn't remember much of this story, but I ended up being blown away by the
Spoiler:
Venber
I kinda wish that K.A. would go back and write a chronicle about
Spoiler:
The Five and the Venber, and the Andalite's destruction of The Five.
Anyway, please let me know if there's any mistakes, missed emphasis, etc.
You do not have the required permissions to view the files attached to this post.
Top
26 posts