If you like AnimorphsFanForum.com, please consider making a donation. Any donation will go towards the cost of the hosting, the domain and any other running costs.
32 posts

TetraKill
Civilian
Posts: 27
Joined: Tue Dec 21, 2010 8:21 am
Gender: [Male][/Male]
Favourite Animorph: Tobias
Location: The Place Where everyone is so disconnected from trends and memes, it's sad. (south africa)

Re: Compulsory euthanasia for over-60s (debate)

The necromancer has summoned thee. Im sure I can dig out the whole document I wrote for this thread from wherever it is on my comp.
I'll think of something to put here later.
Top

TetraKill
Civilian
Posts: 27
Joined: Tue Dec 21, 2010 8:21 am
Gender: [Male][/Male]
Favourite Animorph: Tobias
Location: The Place Where everyone is so disconnected from trends and memes, it's sad. (south africa)

Re: Compulsory euthanasia for over-60s (debate)

The proposition team has based their whole argument on the basis of utilitarianism. While it is a mighty fine system, they have not found any useful way to implement it. They have been entirely vague on the implementation of this so called euthanasia system. They have not given any method which may be useful to anyone else. They have alluded to injections, death by supermodels, or death by chocolate. These methods are entirely crude and unimplementable.

The payment needed to get any supermodel to lie on top of an old person is one hell of a number, as well as the payment needed to stop their bitching about something they call “human rights”. Not only that, but the pressure created by dozens of supermodels would also crush the supermodels at the bottom themselves, which would be a very sad waste, unless you're into necrophilia, which the proposition undoubtedly is. Not only that, but the reasons they give for this method and others is for amusement, but the problem is this, how amusing can it really if you've got an old, wrinkly guy lying at the bottom, slowly having his intestines and other no longer vital organs squeezed out of his ends like cherry toothpaste.

The other method they mentioned was drowning in chocolate. Now, the major problem with this is that it would be one hell of a waste of perfectly good chocolate. The quantity needed for this sort of “euthanisation” to be amusing would be expensive, and as I mentioned before, I would be a waste. Unless of course you're a cannibal and you like chocolate covered humans (although I doubt even a cannibal would eat that s**t).

So, we as the opposition offer a definition as the proposition has not: we define the motion as the active euthanasia of people by an organization, who have lived for more than 60 years.
Our policy, is rather than spend lots of OUR MONEY (my precious...) euthanising old people with methods that are very expensive, and then making sickening wastes of chocolate and supermodels. The money then needed to fund these programs would take away YOUR jet-ski that you would receive. We do not deny that old people suck, and they have almost zero use in today's society. This is clearly the case, and the only place where we agree with the proposition. We propose that all cash is cut off from old people. This will not only solve all of the financial problems that old people bring but, it will also allow for even MOAR! jetskis for each individual.

The other benefit to this is that it will bring in the lulz, as we all set up deck chairs and watch the old people fight over pieces of liver, while sipping our respective beverages of choice. 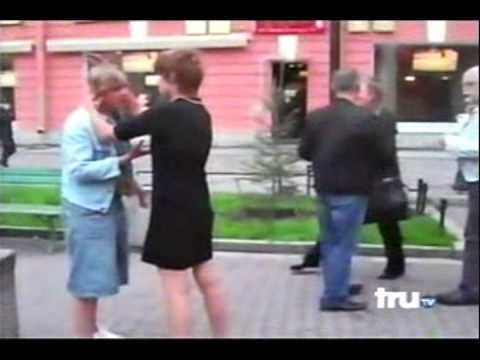 If people so wish, they may start up game shows and the like, where old people fight to death over various things. Maybe $2, or a can of lima beans. This way money will not be sucked away by euthanasia programs, but if someone wants to make it even more funny, they may do so.

All this works on the basis that over-60s lose their human rights, as well as their animal rights, and become as good as tuberculosis.
These old people may then be re-employed to work in sweatshops, so that the millions more of us can work less everyday for more monehs!!!!!1!!!

This method protects the smart people who actually saved up for the retirement, and therefore teaches us all about saving, unless you want to end up on a game show. So unlike the shortsightedness that was shown by the other team, we are actually thinking about the future.
I'll think of something to put here later.
Top
32 posts